October 29, 2018 – While announcing billions of pounds in new government spending, Great Britain’s Chancellor of the Exchequer gave his country’s whisky lovers a break. Philip Hammond announced in today’s budget address to the House of Commons that the government will extend the current duty freeze on whisky and other spirits, along with beer and cider. 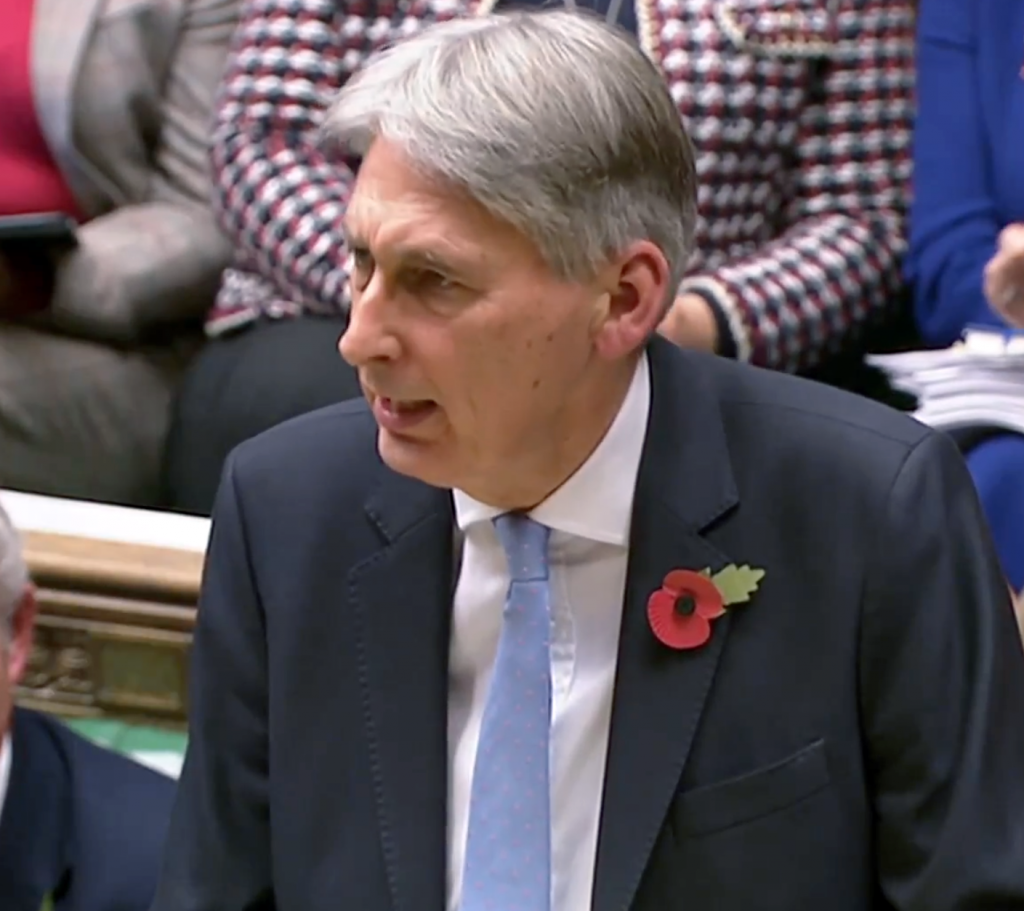 “I realize that many people are feeling pressure on their household budgets now, and because the hard work of the British people is paying off, I am pleased to be able to announce today a series of measures to help families across Britain with the cost of living,” Hammond said. The finance minister told members of Parliament that the freeze will save consumers two pence on a pint of beer, one pence on a pint of cider, and 30 pence on a bottle of Scotch or gin based on the government’s inflation forecast of 3.4 percent in the coming year. Hammond froze duties on whisky and most alcoholic beverages last autumn after raising them by four percent in the government’s 2017 spring budget, and acknowledged intense lobbying from Scottish Conservative members of Parliament to extend the freeze.

Scotch Whisky Association executives welcomed the announcement after previously expressing pessimism ahead of Hammond’s budget address, given that the UK Government faces financial pressures from Brexit and a host of other funding issues. The SWA had led a public campaign calling for a continued duty freeze, arguing that the government’s tax revenues from spirits showed a 9.1 percent gain between February and the end of September due to increased sales.

“We’ve been banging on the Treasury for years now that a more competitive and more stable rate of tax on Scotch Whisky will drive revenue,” said the SWA’s Graeme Littlejohn. “It did it when we got a cut in 2015, it did it after a freeze in 2016, and it did it again after the freeze in November 2017, but interestingly, when we put tax up by four percent in March 2017, tax revenues went down in the first six months of that year…spirits is a very price-elastic product in the UK, it’s very price-sensitive, so therefore, the Treasury and the Chancellor have to be very careful about how they’re applying duty rates on spirits,” he said in a telephone interview following the budget address.

However, the Association still refers to the UK’s current level of spirits taxes as the “Scotch Super Tax,” given that taxes make up 74 percent of the price consumers pay for an average-priced bottle of Scotch Whisky. According to the SWA, that average bottle of Scotch sells for £14.15 ($18.12 USD). Excise duty accounts for £8.05 ($10.31 USD) and VAT of £2.36 ($3.02 USD), bringing the total tax on that bottle to £10.41 ($13.33 USD). The Association called on Hammond and his colleagues to begin discussions with the industry on a long-term reform of the UK’s spirits taxation system, noting that spirits are still taxed at a much higher rate than beer, cider, or wine.