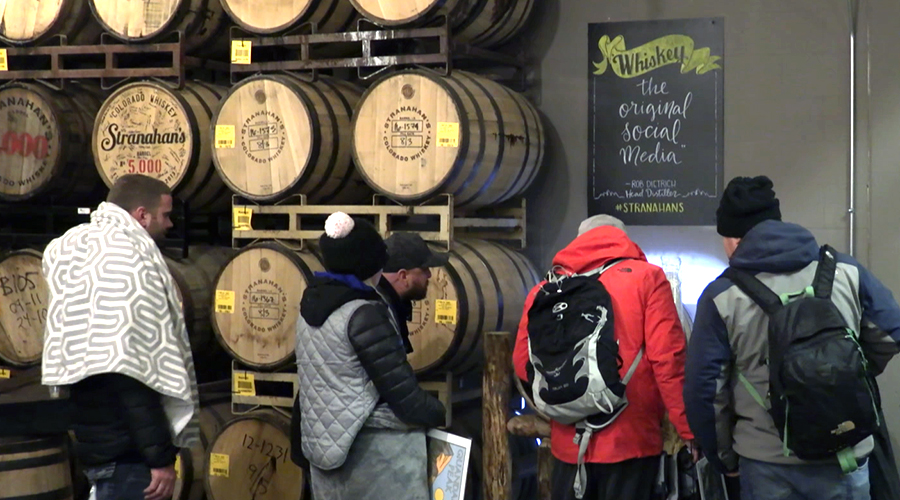 Colorado’s ski resorts wish they had lift lines as long as the one that stretched down Kalamath Street in Denver Saturday morning, when hundreds of whiskey lovers lined up for the annual release of Stranahan’s Snowflake single malt whiskey. The line actually started on Wednesday morning when three people arrived from Wisconsin to claim “first in line” honors – beating out the longtime “Strana-Fan” who traditionally claims that spot. We’ll have all of the fun from Denver on this week’s WhiskyCast In-Depth.

In the news, another malt whisky distillery has opened in Scotland, and Glen Wyvis may well be the first distillery to open after a successful crowdfunding campaign. The controversial tax reform bill approved by the U.S. Senate this weekend includes tax breaks for distillers, and a new audit suggests Australia’s Nant Distillery may have been insolvent for more than two years while the founders were selling casks of spirit to investors. We’ll have those stories, along with the tale of a bourbon-slurping opossum, on this week’s WhiskyCast!