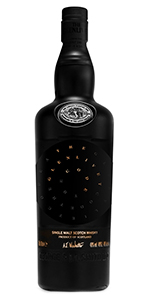 This is the 2018 “mystery malt” from The Glenlivet’s master distiller, Alan Winchester. The only detail released so far is the bottling strength of 48% ABV, while other details on age and cask types are being withheld until a later date – with a goal of getting you to taste it on its own without any influences.

The nose is soft with touches of dried flowers, molasses, vanilla, honey, and muted spices. The taste is spicy with cinnamon, ginger root, orange marmalade, pineapple, and a touch of toasted coconut. The finish has lingering spices, toasted coconut, and a soft oakiness. Very nice! (April, 2018)