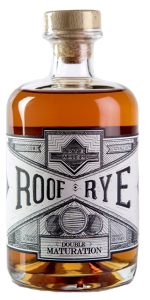 This French Rye whisky from Distillerie Warenghem, the home of Armorik French single malt, is a double-matured whisky. After six years in its original casks at the distillery in Brittany, the whisky is transferred to toasted virgin American Oak casks and moved to a warehouse near Marseille in the south of France to spend 18 months in the much warmer Mediterranean climate.

The nose has notes of toasted caramel, creme brûlée, baking spices, hint of dill, honey, and a touch of cherry cola at the end. The taste starts out with a good balance of black cherries, white pepper, clove, and cinnamon notes that fade gradually to reveal caramel and honey notes in the finish. (March, 2019)