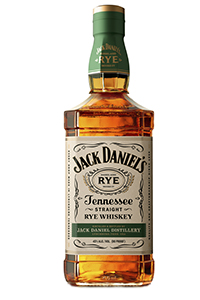 This release completes the evolution of the Jack Daniel’s rye series that began in 2012 with the release of an unaged rye whiskey. The nose has notes of honey, muted spices, a hint of dill, pipe tobacco, and leather. The taste is thick and chewy with a good buildup of spices that lasts through the finish, as hints of close, allspice, ginger, and dill are balanced by honey, pipe tobacco, and a touch of molasses. The spices linger nicely as they fade away, along with an underlying sweetness. (September, 2017)