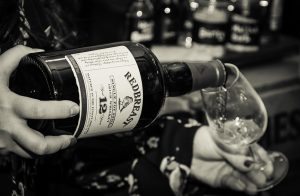 This week, we’re in Victoria, British Columbia for the 13th annual Victoria Whisky Festival – just as the Canadian province’s liquor regulators staged a crackdown targeting the Scotch Malt Whisky Society and its “partner bars” in the province. Agents seized several hundred bottles of the Society’s whiskies in raids at four bars in Vancouver, Victoria, and Nanaimo because they were purchased from private liquor stores in British Columbia instead of the government-run liquor distribution system. We’ll have complete coverage of the crackdown, along with its impact on the Victoria Whisky Festival, which was forced to cancel several tastings and master classes to head off a similar crackdown. We’ll also have complete coverage of this year’s Canadian Whisky Awards and talk with a pair of brewer/distillers from one of the most remote distilleries around…in the middle of the Yukon!