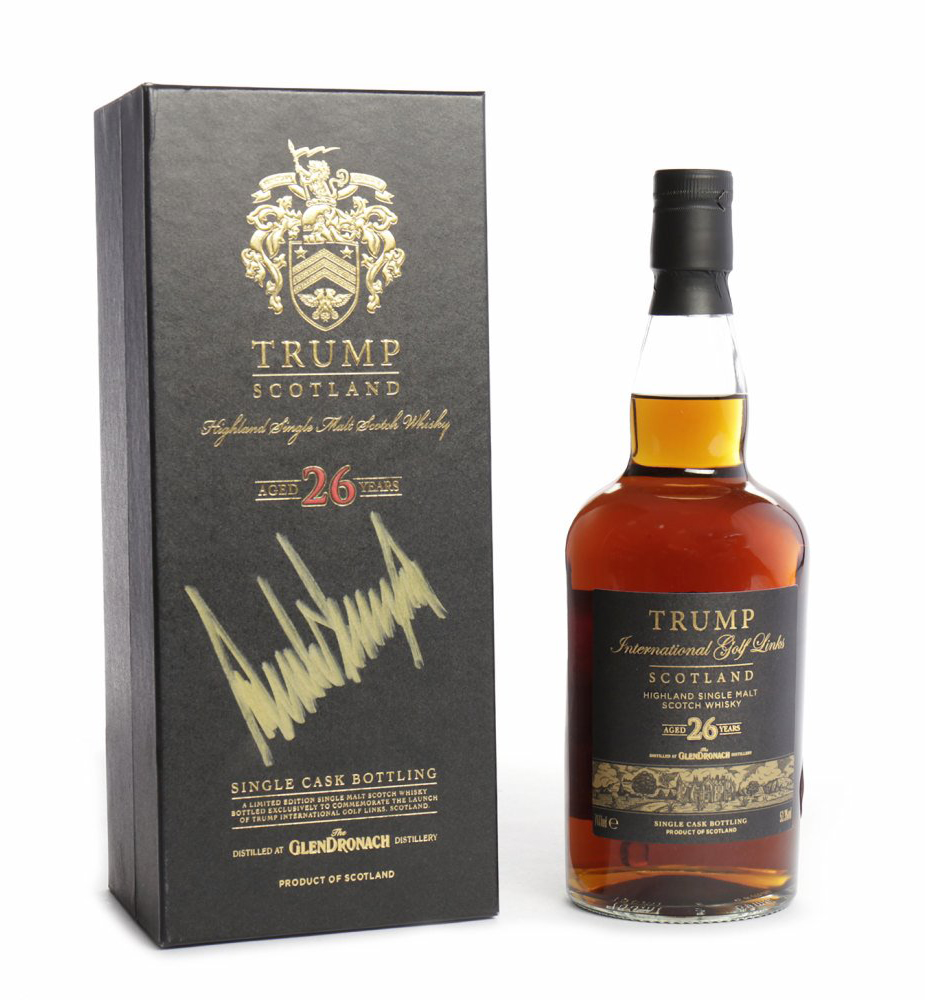 January 13, 2017 – While Friday the 13th is often considered an unlucky day, Colin Plint will likely never forget this Friday the 13th after paying £6,000 GBP ($7,300 USD) for a unique bottle of whisky. The Air Canada pilot and whisky collector won the bidding for a bottle of GlenDronach Scotch Whisky signed by U.S. President-elect Donald Trump that went on the auction block today at McTear’s in Glasgow. The bottle comes from a 26-year-old GlenDronach single cask purchased in 2012 by The Trump Organization to be bottled for the opening of the Trump International Golf Links resort near the distillery in Aberdeenshire.

Plint told an interviewer after the auction he had traveled to Glasgow to sell a bottle of 1964 Black Bowmore that went for £5,200 GBP ($6,342), and decided to use the proceeds from that sale to bid for the Trump bottle. “It might not be worth the full weight of the money, but it’s a story…it’s a story that I’ve taken, and the bottle will be well-received in Canada,” he said. 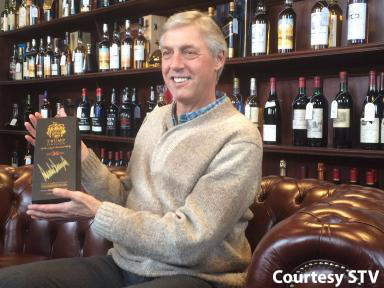 Before the auction, McTear’s whisky specialist Laurie Black had placed an estimate of £2,500-£3,500 GBP ($3,075-$4,300 USD) on the bottle, which was one of 504 bottles sold by the resort but was one of a limited number with a presentation box signed by Trump. Black told WhiskyCast before the auction that he believed the estimate was high, but fair given that interest in Trump is at an all-time high before his inauguration in Washington a week from today. However, a McTear’s statement today described the bidding as “fierce” with intense bidding from potential buyers online, on the phone, and in the McTear’s gallery.

In the statement, Black noted that “there was a huge amount of interest in the bottle and we were delighted with the final price, which was several times more than previous Trump bottles have sold for.   The GlenDronach is a stunning whisky in its own right however, the Trump connection gave this particular bottle a presidential boost.” The only signed bottle of the “Trump Scotland” whisky that has sold at auction until now went for a high bid of £1,950 ($2,395 USD) last year at the online-only Scotch Whisky Auctions site.

However, the Trump bottle was not the most expensive lot on the block at the first McTear’s auction of the year. Two lots brought high bids of £10,000 GBP ($12,187 USD) each: a 52-year-old Macallan distilled in 1950 and a Springbank Millennium Collection with full-size and miniature bottles of 25, 30, 35, 40, 45, and 50-year old Springbank whiskies. In addition, a charity lot to benefit the Earl Mountbatten Hospice on the Isle of Wight brought a high bid of £1,500 GBP ($1,829) for an 18-year-old Macallan. The bottle came from a longtime Macallan employee whose mother was cared for by the hospice.

The next McTear’s whisky auction is scheduled for February 24 in Glasgow.

Editor’s note: This story was updated with details on the high bidder for the Donald Trump-signed GlenDronach whisky.