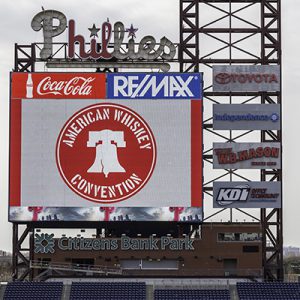 This week’s American Whiskey Convention at Philadelphia’s Citizens Bank Park featured an air of generational change. At one end, legendary master distiller Jimmy Russell of Wild Turkey with 63 years of distilling experience – and at the other end, a crop of young distillers hoping to follow in his footsteps while creating their own unique whiskies. We’ll talk with both generations on this week’s WhiskyCast In-Depth.

In the news, we’ll have the latest on the ongoing Nant Distillery saga in Australia, along with the launch of two more luxury whiskies from Tamdhu and Glenmorangie and the details on a new whiskey that honors a candidate who came in second. We’ll also update distillery projects in Scotland, Ireland, and the U.S. while and helping a listener with the answer to his question about whether Canadian Whisky is kosher or not on this week’s Your Voice.