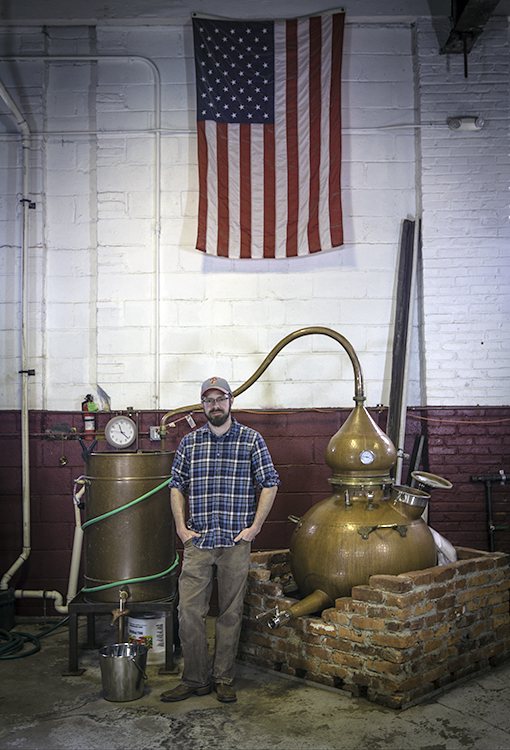 Camden, New Jersey has a long manufacturing heritage dating back decades, but the city’s glory days ended decades ago – leaving behind empty buildings, crime, and many other problems. James Yoakum is one of the entrepreneurs trying to bring back some of that faded glory with Cooper River Distillers in the heart of downtown Camden. He’s been making whiskies and rums for the last couple of years, and stopped by our studio the other day with a sample of his first batch of Cooper River Bourbon. The Kentucky native tells us why he gave up on the real estate business to open an urban microdistillery on this week’s WhiskyCast In-Depth.

The whisky world lost two of its leaders this week, and we’ll honor the legacies of Silvano Samaroli and Dr. Jim Swan. While we never had the chance to interview Silvano Samaroli, Jim Swan was a frequent guest on WhiskyCast, and we’ll listen to part of a 2007 interview with him in the news. We’ll also have details on master blender Rachel Barrie’s decision to leave Beam Suntory to join BenRiach as its lead whisky maker, along with details on what the new trade deal between Canada and the European Union means for whisky lovers.