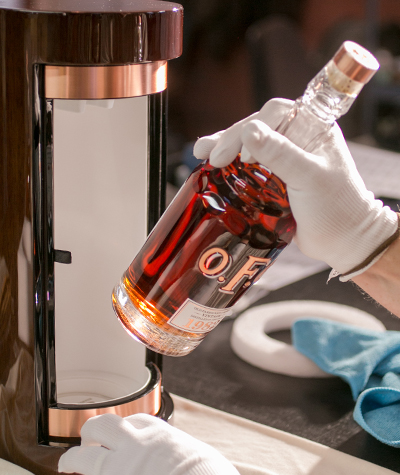 This week, we’ll tell you about two upcoming opportunities to taste rare whiskies in Scotland and Kentucky. David Faughn and Brian Shemwell will have the story behind a collaboration of several Bourbon clubs in Kentucky and Tennessee to organize the “Rare Bourbon for Rare Disease” charity tasting event on February 25 in Louisville. David’s young daughter suffers from a rare genetic disorder, and his NUBPL Foundation received a bottle of Buffalo Trace’s new O.F.C. Vintage Series Bourbon to use for fundraising. Brian heads up the Paducah Bourbon Society, and brought the Bourbon clubs together for the event. We’ll also get details from Angus MacRaild on The Whisky Show: Old & Rare February 18 and 19 in Glasgow, which is being billed as the “whisky bar of a lifetime” with a chance to taste rare and vintage whiskies.

In the news, we’ll honor the legacy of Heaven Hill’s Parker Beam, who lost his four-year-long battle with ALS this week. We’ll also have news of new whiskies, update our story on Ben and Jerry’s plans for a new Bourbon-flavored ice cream that’s being welcomed along Louisville’s Urban Bourbon Trail, and look at a uniquely Scottish whisky cocktail to be served in Edinburgh on Burns Night January 25.