Edrington Brings The Glenrothes Back Into Its Whisky Family 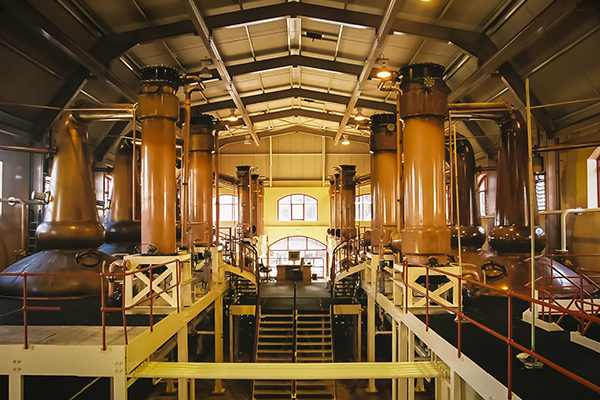 May 2, 2017 – After years of confusing cross-ownership deals and distribution agreements, The Glenrothes Scotch Whisky brand and the Speyside distillery that shares its name are back under one owner. Edrington and Berry Bros. & Rudd announced a deal to reunite the brand and its distillery under Edrington ownership today, bringing The Glenrothes back into Edrington’s Scotch Whisky portfolio alongside The Macallan, Highland Park, The Famous Grouse, Cutty Sark, and The Glenturret. No financial details were disclosed.

“We would like to thank Berry Bros. & Rudd for their excellent stewardship of The Glenrothes over the past seven years,” Edrington’s Paul Ross said in a news release announcing the deal. “We are very pleased to be reuniting the brand with its distillery and we know it will be an excellent member of Edrington’s leading family of premium brands, including The Macallan and Highland Park. We are very much looking forward to accelerating the growth of this award-winning single malt in international markets.” Ross was not available for an interview Tuesday afternoon, and this story will be updated with additional information as needed.

In 2010, the two companies executed an asset swap in which Edrington acquired control of Cutty Sark and Berry Bros. & Rudd took complete control of The Glenrothes single malt brand while distillery ownership and production remained with Edrington under a long-term supply contract. Now, Berry Bros. & Rudd will be the contractor, as the agreement calls for the London-based wine and spirits merchant to handle UK distribution for The Glenrothes through its Fields, Morris, & Verdin subsidiary. In the United States, Edrington Americas will take over importing duties from San Francisco-based Anchor Distilling, in which Berry Bros. & Rudd owns a minority stake. Other global distribution agreements will transfer to Edrington with the sale.

For whisky fans, there is also an answer to one key question: the fate of longtime Glenrothes brand ambassador Ronnie Cox, who has represented the brand worldwide for many years. In an email Tuesday, Cox confirmed that he will be remaining with Berry Bros. & Rudd as the heritage director for its spirits brands. Cox will continue to represent the brand in the UK on behalf of Berry Bros. & Rudd.