2016 Another Year of Growth for U.S. Spirits Industry 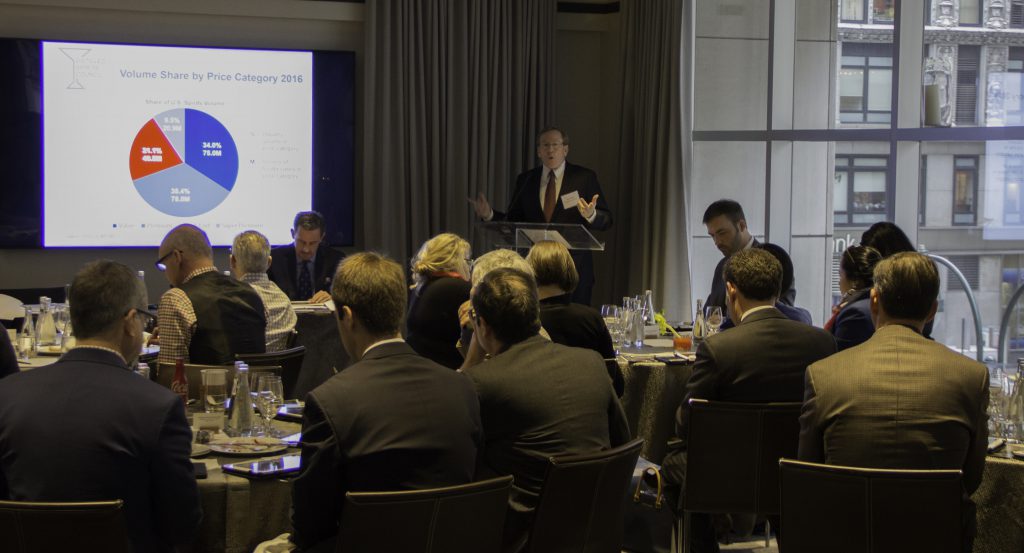 February 7, 2017 – Led by the whiskey industry, U.S. spirits sales recorded another year of growth during 2016, according to the Distilled Spirits Council of the United States. Revenue was up by 4.5 percent over 2015 to $25.2 billion (USD), while volume grew by 2.4 percent to 220 million (9-liter) cases as consumers continued a trend of purchasing more expensive premium spirits. While vodkas account for one out of every three bottles of spirits sold in the U.S., American whiskies continued to show increasing sales across all price categories for an overall 6.8 percent increase in volume during the year.

“We’ve added two billion dollars in revenue just from the North American whiskey market since 2010, growing in 2016 from $5.4 billion up to $5.7 billion,” Distilled Spirits Council chief economist David Ozgo told reporters and analysts at the trade body’s annual economic briefing in New York City. That figure includes not only Bourbon, Tennessee, and Rye whiskies, but Canadian whiskies and blended whiskies as well. The American-made whiskies showed significant levels of growth again in 2016, with revenue growth of 7.7 percent to $3.1 billion, while Canadian whiskies grew at a 5.8 percent rate to $2 billion. The value of those Canadian whiskies outpaced the volume (2.4 percent growth) on increased sales of premium whiskies. 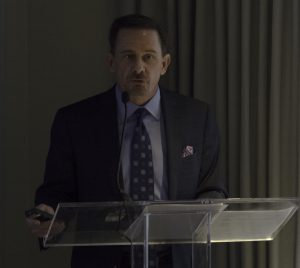 On the export side, American whiskies continue to account for around 70 percent of all U.S. spirits exports, and grew by 10.2 percent over 2015. However, the stronger dollar cut into the value of those exports by nearly 9 percent, reducing the value of American whiskey exports for the year to slightly less than $1 billion. Canada remains the largest export market for U.S. spirits in both value and volume, while Vietnam was the fastest-growing export market during 2016 following a series of industry promotional efforts in that country.

Editor’s note: The entire Distilled Spirits Council 2017 economic report can be downloaded from our web site, along with the supporting data supplement.